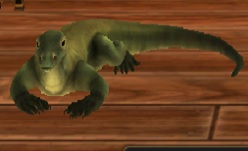 The Komodo Dragon is a spirit animal you can summon in the Spirit Animals game. It originates from Stetriol, and is in the Reptile category.

Poison Chain - Damage a single target and poison them over time

Level 2- If target is defeated from initial damage, effect moves to nearby enemy

Dragon Ember - The komodo dragon releases a burst of flame that damages anyone in range, friend or foe. 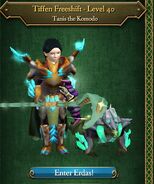 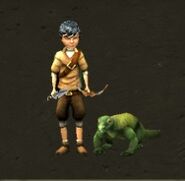 Real world Komodo
Add a photo to this gallery
Retrieved from "https://spiritanimals.fandom.com/wiki/Komodo_Dragon?oldid=22375"
Community content is available under CC-BY-SA unless otherwise noted.