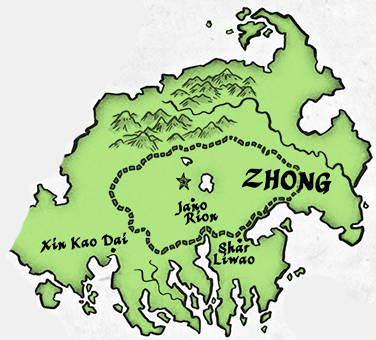 Zhong is a place that resembles Asia in appearance as well as culture. It is also known as the Walled Lands.

Zhong was ruled by an Emperor until Heart of the Land, where the Emperor was killed and his daughter, Princess Song, took his place as the Empress. At the end of The Dragon's Eye, Song is declared deceased after presumably drowning, and Zhong is left without a leader.

Zhong is based on many Asian countries, most noticeably China. It is a big region with many villages scattered about the land. The Zhongese people call the Nectar Ceremony the 'Bonding Day celebration', and unlike Eura, the most important summoner goes last to increase the chance of getting a spirit animal. Meilin and her father are from here. There is a great wall in Zhong, which encircles its most important city, Jano Rion. The patron beast of Zhong is Jhi the Panda, who is also depicted on the flag.

The Conquerors invaded the country the same day Jhi was summoned back to the world by Meilin; they had probably engaged the attack because of the country's prosperity. Zhong was among the most devastated countries after the events of the war, but its people are currently rebuilding. 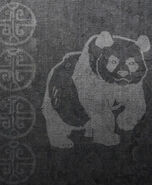 Zhong depicted in the background of Blood Ties

Zhong area in the game

The Great Wall in the Game

Zhong quest icon (2)
Add a photo to this gallery 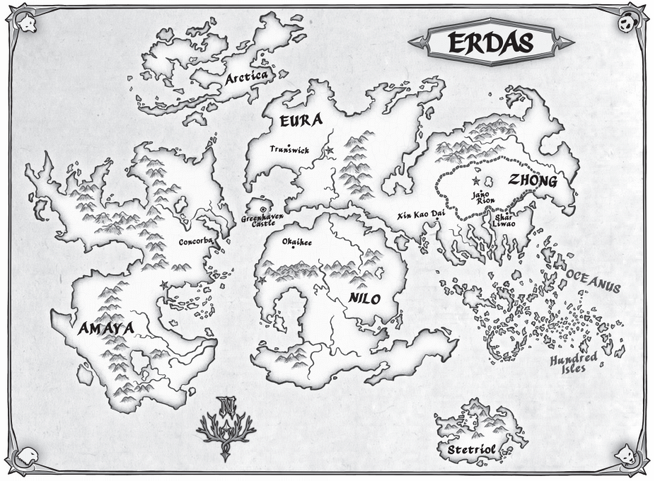 Retrieved from "https://spiritanimals.fandom.com/wiki/Zhong?oldid=33656"
Community content is available under CC-BY-SA unless otherwise noted.